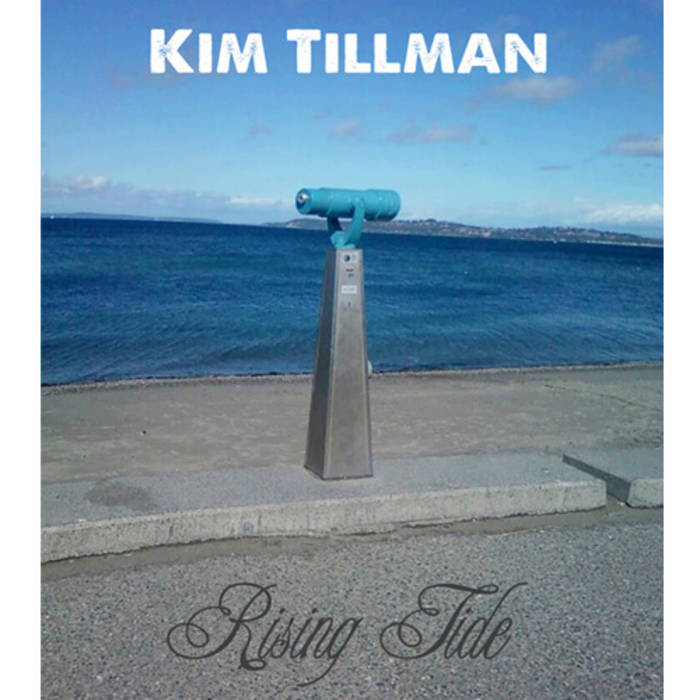 Gage Seber Kim is an old friend who has always maintained a melancholy vibe that still manages to leave one delighted with her song writing. She has so much talent and spreads it out through power pop, singer songwriter, and downtempo genres

Rising Tide was recorded, mixed and mastered by Dan Stilwell at Havocado Productions in Berkeley, California. It features members of the bands Birdshot Showdown and Mallory.

Kim Tillman is an LA-based singer/songwriter and classical guitar player. She is the lead singer of band Tragic Gadget and part of the duo Kim Tillman & Silent Films.

Outside of her regular live performances, her songs have been featured in television and film. Armed with a honey-velvet voice and razor sharp lyrics, she aims simply to move you. ... more

Track Name: Zoo Song
I met you at the zoo
you were in front of the bears
and the lions too
when you made fun of the monkeys
I already knew
I wanted to try some monkey business with you

I met you at the park
just strolling around
till the sky got dark
you were walking your dog
and feeding the ducks
and I thought to myself
that's one man i'd like to--
(no, no no no no)

I met you for the last time
walking out of my door
and slipping your hand from mine
you looked up at the sky
and down at your shoes
and I knew from then on
that I needed to sing the blues
Track Name: Lullaby
It's a fucking miracle that I'm alive today
You can thank the coward inside of me
they tested out new medication
with lethal side effects

I can see the tragedy
in breathing through the night

this was meant to be a lullaby
with a kiss I can sleep
through night...
Track Name: Accidental Joke
I don't even know
the truth about myself
and yet I help myself to
whatever I want, I think

that we
can't even
ascertain the way
we've gained the things
we've gained
and wouldn't you know it:
I've gone and told
another accidental joke,
I think.
Track Name: Constantly
I am constantly
introducing myself
to you
and then I run away

Bandcamp Daily  your guide to the world of Bandcamp